Cell biologist together with her team exuberantly working to understand genomic instability and cellular stress response. We study how cancer cells adapt to mitotic errors and structural variations by examining chromosomal instability-associated mechanistic pathways in tumour development and therapy resistance. We utilise cell lines, zebrafish and mouse models, and patient samples using a variety of tools from cell biology, biochemistry, high-resolution live cell imaging, cancer biology, RNA biology, single-cell sequencing arenas. In this way, we aim to enhance understanding of cellular adaptation to stressors as well as gain insights into novel strategies/interventions that can hinder cancer progression, in the hope of translating our discoveries. 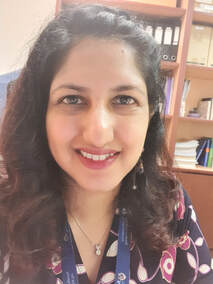 ​Karen Crasta is Principal Investigator and Assistant Professor (Research) at the National University of Singapore (NUS), Dept of Physiology and NUHS Centre for Healthy Longevity. She is Joint Principal Investigator at the A*STAR Institute of Molecular and Cell Biology (IMCB). Karen obtained her BSc Hon(Microbiology) from NUS and PhD from NUS/A*STAR IMCB in the lab of Prof. Uttam Surana.  Her postdoctoral work with  Prof. David Pellman at Dana-Farber Cancer Institute, Harvard Medical School elucidated a mechanistic link between mitotic errors and chromosomal breaks via micronuclei. She is a recipient of the National Research Foundation (NRF) Fellowship,  the A*STAR International Fellowship (AIF) and the HHMI Research Associate Fellowship (USA).  Karen currently serves on the Editorial Board of Scientific Reports (Cell Biology Division) and is Associate Editor for the journal Frontiers in Aging (Neoplastic Pathologies of Aging section).
Together with her team, Karen seeks to understand the impact of genomic instability-imposed stress response in cancer progression and therapeutic resistance, with a recent venture into the biological mechanisms of aging.  Always striving to make a meaningful difference as a scientist and educator, she is also a strong advocate for diversity in science and served as Executive Council Member on the NUHS Women in Science and Healthcare Committee.  Believes smiling and exercise are key to healthy longevity. A sucker for good books, organised spaces, chocolate and the thrill of discovery.   ​
KC LAB MEMBERS 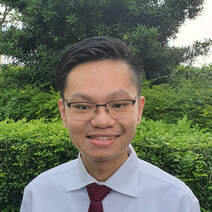 MATIUS ROBERT
Research Assistant
(Sept 2021- current)
Mat moved here from Indonesia for undergraduate studies and obtained his Bachelor's degree in Life Sciences from NUS. His current research interests include dissecting the role of DNA sensing as well as extracellular vesicles-associated pathways  in therapy-induced senescence. Apart from research, he likes to read  thought-provoking books and enjoys a casual game of chess. 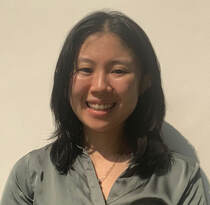 SILKY SIQI HOU
Capstone Project Student (Aug 2022-May 2023)
​  Silky is a talented final-year student from YaleNUS interested in studying chromosomal  instability and extrapolating it to other systems such as neural circuitry.  She had  previously carried out her Summer Research Project in our lab during April-July 2021 and is back from her exciting stint in the US. 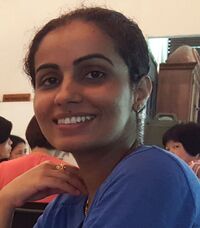 REKHA JAKHAR
​ Research Fellow (Sept 2022- current)
Originally from India, Rekha received her PhD degree in Biotechnology from Daegu University, South Korea where she explored   ER stress and UPR in cell death pathways in breast cancers. She works on novel players in chromosomal instability as well as   exosomal contribution from therapy-induced senescent cells.  An excellent mentor to undergraduate students.  Rekha was   previously with the lab from 2016-2020 while we were located at NTU,   happy to have her back! She is co-supervised with A/P Ajay  Mathuru at Yale-NUS. 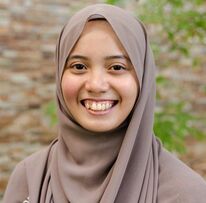 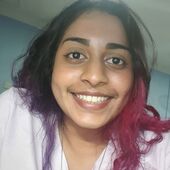 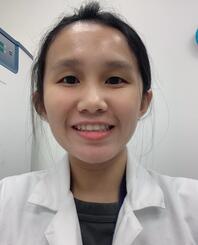 Joycelyn Teo
Research Assistant/Lab Manager (2018-2021)
​
Joycelyn joined the Crasta Lab after graduating from NTU. She was in charge of lab management and procurement, and was instrumental in arranging the move from NTU to NUS.  She also assisted on various lab projects. She has an identical twin out there in the scientific world!
​Currently a Clinical Research Coordinator at the National University Hospital, Singapore (Head and Neck Cancer Division). 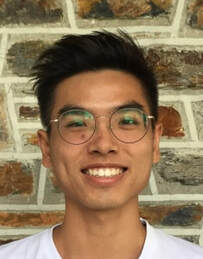 Bryan Lim
Research Assistant (2018-2019)
​
Bryan joined us after graduating from the National University of Singapore. A talented scientist with an aptitude for research and a great personality, Bryan worked on mitotic slippage and mitochondrial bioenergenetics. He also contributed significantly to our collaborative paper elucidating the role of cGAS-STING mediated micronuclei formation in pathogenesis of B. pseudomallei.

​Bryan is currently pursuing a PhD at the Duke University Medical School, Dept of Immunology, USA. ​ 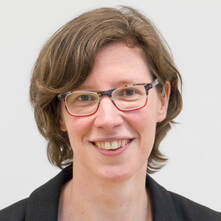 Monique Luijten
Research Fellow (2017-2019)
Originally from the Netherlands, Monique joined the lab from the A*STAR Institute of Molecular and Cell Biology (IMCB), Singapore.  An outstanding scientist, Monique drove the lab's major findings showing a potential combinatorial clinical strategy targeting senescence/SASP and antimitotic drugs. Her interests in the lab also included chromothripsis as a mutational game changer as well as the cgas-STING pathway in chemoresistance.  We will never forget her "tallness" and mouth-watering Stroopwafels!
​Monique is currently a Scientific Writer with Genmab, Netherlands. 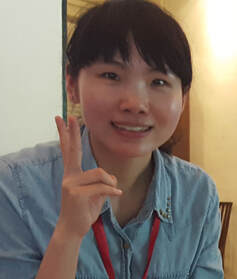 The lab got lucky again with Qianqian joining us for her PhD. She came to Singapore after completing a Master's Degree in China.  Possessing  excellent work ethic, she is a focused, dilligent and driven individual.  Her work provided valuable insights into the role of aneuploidy-induced senescence in tumour progression.  Being very fit, she could out-run all of us combined! 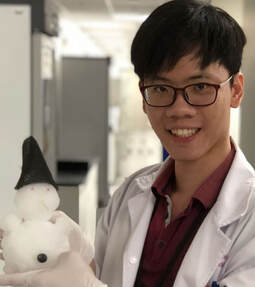 We got really lucky with Alex as our very first Phd Student who was awarded the highly-competitive     Interdisciplinary Graduate Program Schorlarship (IGS). Self-driven and very independent, he pursued the role of   lipid droplets in the context of mitotic slippage and connected it to the senescence secretome. He is also a master   at making snowmen from frozen ice from the -80 freezer!
​
Alex is currently a Research Fellow in Prof Lam Kong Peng's group at A*STAR's Bioprocessing Technology   Institute. 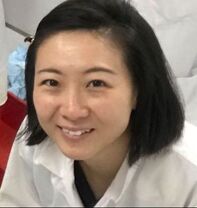 Sixun Chen
Research Fellow, Returning A*STAR Scholar serving deployment (2017-2018)
​
Sixun was a returning A*STAR Scholar who joined our lab as Research Fellow. She obtained her PhD from Stuart Schreiber's lab at Harvard. She worked primarily on setting up screens to combat chemoresistance as well as established a workflow to study therapy-induced senescence reversal. She has a strong interest and aptitude for translational science.
​Sixun is currently working at Celligenics, Singapore. 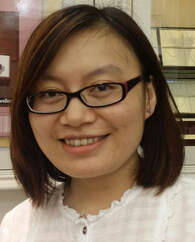 After completing her Phd in China where she gained much expertise in the field of autophagy, she joined our lab where  she first elucidated the role of autophagy in mitotic slippage-induced senescence.  Had her ears pierced with us as witness following a particularly memorable lab lunch!
​ Cheng Bing is currently a Research Assistant Professor at the Guangdong Research Institute of Gastroenterology in  China. 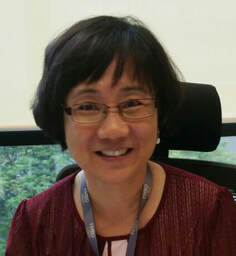 Originally from China where she was a medical doctor, Guo Ke spent most of her career at A*STAR's Institute of         Molecular and Cell Biology before joining our group. Hardworking and always smiling, she helped manage the lab, and  executed all our animal and patient sample work and collaborations with utmost efficiency.  She also has a talent and the patience for training students and peers extremely well. 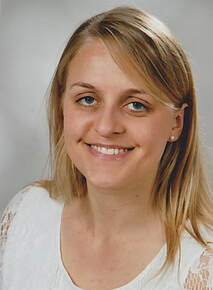 ​    Katharina (Kat) was an extremely talented, hardworking Phd Student from University of Wurzburg, Germany under the       German DAAD  Scholarship. Her supervisors in Germany were Prof Helga Stopper and Dr Henning Hintzsche, leading figures in    the Toxicology field.  In our lab, she characterised mitotic slippage in haemotopoetic stem cells.   She approved of  Singapore's     Broitzet currywurst and grew a liking to durian by the end of her stint with us.

The ever-cheerful Chun Lok joined us after graduating from NTU. He assisted the lab with our screening projects. He joined Kimberly Kline's lab at NTU thereafter for his Masters Degree. He LOVES dogs! 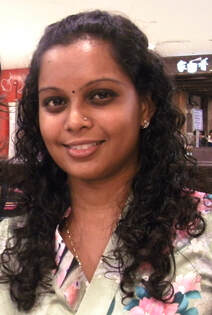 Durkesh joined as Research Fellow  after completing her Phd in the lab of Assoc Prof Lina Lim at the National University of Singapore. She was the first hire of the Crasta Lab and contributed greatly in starting the lab at NTU's new medical  school. Her work focused on mitotic slippage characterisation and she set up early screens to combat mitotic slippage-induced senescence.

Durkesh is now Assistant Director at the Ministry of Health, Singapore.